MoonMonster Studios is a new game development company with a focus on creating the next level of interactive games.  It’s founded by Digital Arts & Entertainment alumni Gilles Vancoillie and Seppe Roelandt – both graduated the Independent Game Production program in june 2019. During their internship earlier this year, Gilles and Seppe signed up for the accelerator program offered by DAE Studios. Their internship consisted of working on an applied game project in collaboration with the National Lottery and simultaneously getting coached in setting up their own studios. Get inspired by their journey in this article.

Make games for everyone to play:
innovation project with the National Lottery

As part of their innovation strategy, the National Lottery asked DAE Studios to prototype innovative approaches for the e-games they offer through their online platform. Gilles, Seppe and fellow student Robin Dumoulin were guided by a project manager and senior developer to come up with four fun game concepts in an initial brainstorming phase. These four great concepts were presented as mock-ups in front of the National Lottery’s management committee. Taking the scope of the project into consideration, they decided to work out the concept for a casual mobile game. A few weeks later, project ‘Lakshmi‘ (working title) was born: an interactive and intuitive game in which the player’s goal is to throw a stick of dynamite as high as possible into a cave with the help of the cute virtual coal miners. When the player succeeds in bringing the game to a succesful end, he/she will either win a cash prize or a useful in-game reward.

The recipe for a succesful innovation project? Weekly gettogethers with all parties involved, an inspiring co-creation space ‘Hangar K’ and an ‘everything is possible’ mentality. 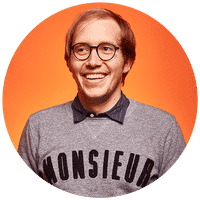 The experience with the National Lottery was very interesting and fun. You learn how you have to work for a client and what their expectations are. During the internship we were supported by DAE Studios and by the National Lottery: the kind of collaboration that was essential for the success of this project. We needed to make sure that product was technically feasible and that it had market potential for the National Lottery. We had a lot to learn but both parties provided all the answers to our questions.

Make a dream come true:
start your own game company

Starting your own business in the game industry? Thanks to DAE Studios’ network and hands-on coaching sessions, aspiring student entrepreneurs are guided to write their own success story. Tailor-made courses and expert talks of entrepreneurs with years of experience within the game industry make sure these young entrepreneurs get a valuable kickstart.  The biggest challenge for a starting company is being able to get started with concise assignments. MoonMonster Studios already has its first contract to further develop the egame for the National Lottery. At the same time, MoonMonster Studios starts creating their own games in Hangar K, alongside 30+ other startups. DAE Studios actively helps its startups scout interesting opportunities. 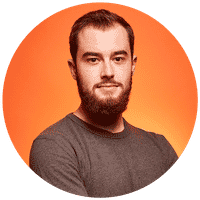 Once you start your company you will need other streams of revenue. DAE Studios helps us with this because they are a great point of contact for companies looking for innovative solutions. Landing those contracts can be crucial for a starting company and helps you build up a strong portfolio to show to future potential customers. Apart from the support you get during the internship, you also get coaching sessions focused on your startup. This makes you think about your company and how you want to position yourself. We handled a lot of topics like storytelling, pitching, sales and financial plans. You also get immediate feedback about what you want to achieve with your business. Extra bonus of the eco system: we literally just have to cross the street in order to invoke the network of teachers, students and alumni. This way, we can always ask for feedback when we are developing our games.

Gilles and Seppe went ahead and hired their first employees: Sven & Lina. MoonMonster Studios now has the perfect blend of expertise: business, art, development and game design. They are currently working on their first entertainment game and B2B contracts. Find out about their services via www.moonmonster.be

At MoonMonster Studios we want to create new and unique experiences that reuse the same systems. With each game we want to evolve the systems that we already have. This way we are building a library of components that can be reused. By doing this we are able to build towards a bigger game with multiple gameplay pillars without having to do a gigantic investment from the start.

Are you considering to start your own game company?

Are you triggered by the possibilities of applied game technology?

Do you have a great concept for a game you want to develop?

Stay up to date

Feature video: the birth of MoonMonster 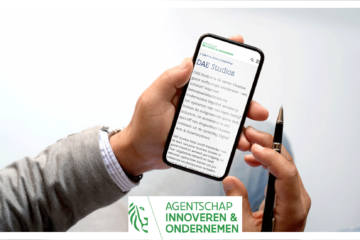 As of January 2020, DAE Studios has been submitted in VLAIO’s database as the first Flemish game technology accelerator. VLAIO, Agency for Innovation and Entrepreneurship, is a governmental organisation of the Flemish government for all Read more… 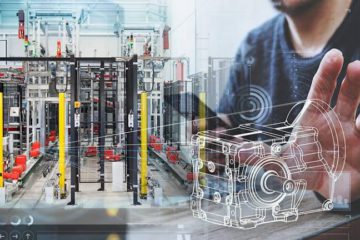 Why training is the best application for game technology within Industry 4.0