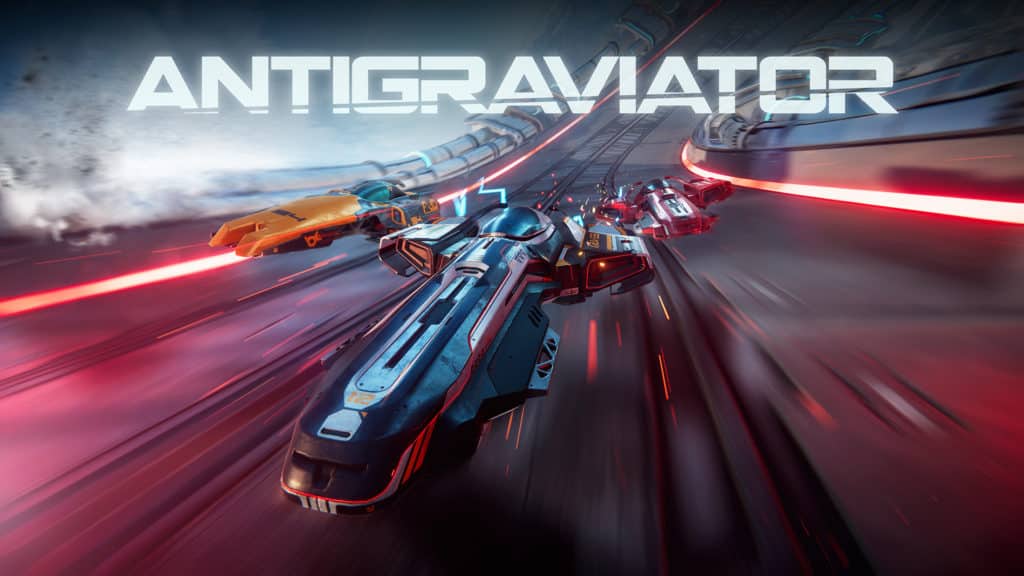 By entering the DAE Studios accelerator program, the team of Cybernetic Walrus got of to a flying start by setting up a start up company with their game ‘Antigraviator’, which they prototyped during their third year Digital Arts & Entertainment Group Projects course. Throughout this intensive learning process, Cybernetic Walrus was offered help with the writing for game funds and the opportunity of presenting their game at international game conferences.

Players can challenge their friends in the fiercely competitive multiplayer modes, either online or in split-screen mode. Race yourself to the top of the worldwide leaderboard and earn special ranked skins. Gamers can sabotage their fellow racers by activating hover mines, creating a rockslide to cause tunnels to collapse, firing missiles from rocket launchers along the track, and many more malicious tricks.

Gravs are customizable, but choose wisely: deciding on one upgrade may mean compromising on another. Strategically tailor-make Gravs to gain the upper hand in races or face the crushing prospect of defeat. In addition to the customization options, unlockable skins will be available free of charge.
In this futuristic high-octane racing game, defying gravity is the least of your concerns.

get our community updates and event invitations 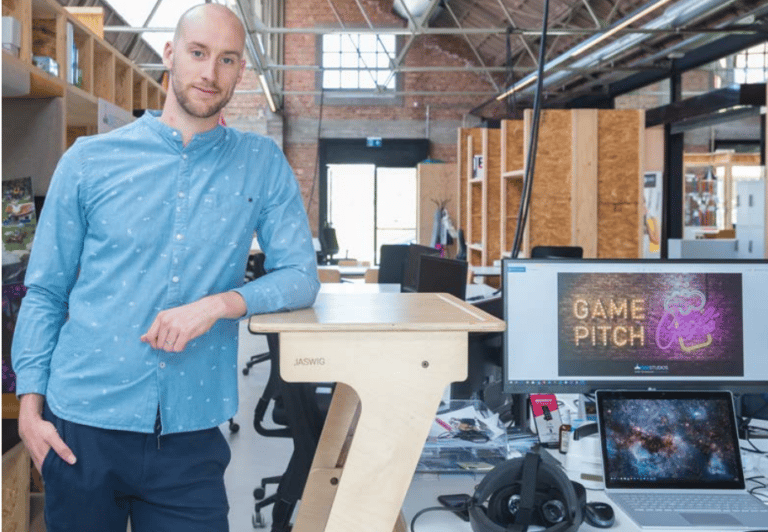 DAE Studios’ office at Hangar K got a wonderful upgrade thanks to the massive and beautiful mascots our friend Stefan Colins provided. Welcome Jak, Daxter